As we celebrate 10 years of Christ-centered recovery ministry, I would like to reflect on success. 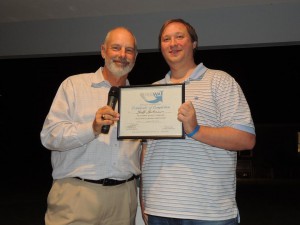 When this ministry began, and known national recovery rates were less than 10%, we became very careful about how we defined success. As Christians, whose mission is primarily to sow the gospel, we defined success as “sowing the seeds of recovery (the gospel) in every man’s life.” This way, we did not tie our success with anyone else’s behavior or performance, but instead simply to our actions and attitudes.

Over this 10-year period, we have seen 207 men graduate into a life of recovery. Over this period, we have averaged 45% of residents who enter this program graduating (this number was actually 71% over 2016). Of our graduates, we evaluate known sobriety quarterly, and consistently find about 60% of our graduates report being clean and sober.

But numbers don’t tell the story like lives do.

Jeff entered our program on April 14, 2016. He had resisted coming for some time, but his drinking became so out of hand, he eventually became desperate enough to come. At 36 years old and having grown up in the church, he had over time turned off his faith. His contradictory lifestyle had caused him to lose faith and hope. He came to His Way broken, yet open to something different.

During his time at His Way, his faith began to grow. Particularly during our morning devotionals, as he began to see both consistent and miraculous answers to prayer in the lives of our residents. He even began to experience some of these answers himself. He would eventually testify to the house that his faith had grown due to the “remarkable answers to prayer”.

As I counseled with Jeff, I began to see his faith grow through obedience. I Peter 1:22 states,

“Having purified your souls by your obedience to the truth for a sincere brotherly love, love one another earnestly from a pure heart.” He would come to me with life challenges, and we would prayerfully discuss his options, come to discover a Christ-focused response, and he would immediately and decisively act upon it. Then, Jeff would come gleaming back into the house to testify about how God had resolved this situation beyond what he could have hoped or imagined.

As his faith grew, so did his love for his brothers in the house. He would counsel them, encourage them, serve them, and bless them in any way he possibly could. He loved the brothers and the brothers, to a man, loved him.

Jeff graduated His Way on October 13, 2016 to a packed pavilion of supporters. He exclaimed that, “He was the closest to God he had ever been!” During his six-month recovery program, Jeff experienced tremendous victories in finding a job that he loved, reconciling with his family, enjoying weekly lunches with his Dad, getting plugged in to his home church, and even seeing his beloved Cubs win the World Series after a 108 year drought!

Yet tragically, Jeff passed away two and a half months later from physical complications due to a lifestyle of alcoholism. But he died having reconciled his life with those he loved and most significantly with the Lord.

Today, Jeff stands in the face to face presence of the Lord in the heavenly realms celebrating with His holy angels. His faith has become sight and he has fully realized the victory that comes by faith. As John writes, “And this is the victory that has overcome the world – our faith!” (I John 5:4)

And this is the victory of Christ-centered recovery! 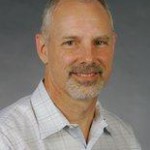 Tom Reynolds hails from the Pacific Northwest, and spent 25 years in full time ministry in California, Colorado, New Jersey, and Alabama. Today, Tom is the Executive Director of His Way.

Click the link below for more information on the Jeff Johnson memorial fund. Donations to this fund will support His Way’s expansion plans to allow more men to enter our program.