Do You Want What You Have? 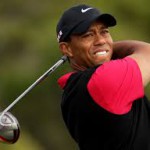 Seeing Tiger Woods struggle shooting rounds of +4 and +3 on golf courses he dominated for years, causes questions to continually swirl regarding his future and even his present.

Golf commentator, Paul Azinger, made a statement that as an entire generation tried to duplicate Tiger’s swing; he was trying to change it.  Tragically the only one dissatisfied with Tiger’s swing was Tiger.  Over the years, Tiger has had numerous major swing changes and four different coaches and he now seems lost in his swing mechanics.

This is the fruit of discontentment.  You end up not wanting what you have while straining to get something you can’t have and thus you end up with nothing.

A number of years ago I watched a very gifted and talented friend jump from job to job because he would get tired of the position he had and the next one would look much more attractive.  But then after a few months, the luster of that new opportunity would fade and then the next opportunity would look more attractive.  In the meantime, his career growth remained stagnant.  I shared my observations with him – you look like a man who gets on a train going north only to see the next southern bound train looking more attractive, so you change trains for the next opportunity only to see the next northern bound train looking more attractive, so you jump again.  You do a lot of train changing and have a lot of activity, only to find yourself a few miles from the original train station, never getting anywhere.  This is the constant plight of the discontented.

I have chosen to define contentment as “wanting what you have.”

The much often quoted scripture of Philippians 4:13, “I can do all things through Christ who gives me strength” is the conclusion of Paul’s longer discussion regarding contentment.  He begins in verse 10 thanking the Philippian Christians for their renewed interest in helping him.  He states, “Not that I am speaking of being in need, for I have learned in whatever situation I am to be content.  . . I have learned the secret of facing plenty and hunger, abundance and need.”  The secret is realizing the strength of Christ can sustain me in every situation.

So make the faith decision today to “want what you have.”  And stop trying to become what you are not.  Stick with the original swing coach, Jesus Christ.