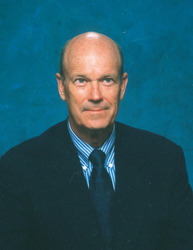 The Bureau of National Vital Statistics published their findings early in 2012. It showed an alarming increase in the number of deaths directly stemming from drug use, emphasizing overdoses of prescription painkillers. Drugs are now responsible for 37,485 deaths per year. Drug use now ranks higher than war, suicides, homicides, hypertensive heart disease and even traffic fatalities.

The death toll from overdoses of prescription pain killers has more than tripled in the past ten years. More than 40 people die every day from overdoses involving narcotic pain killers like hydrocodone (Vicodin) methadone, oxycodone (Oxycontin) and oxymorphone (Opana).

Although I have no particular problem with limiting – or even stopping the sale of large capacity automatic weapons that obviously serve no practical or useful purpose whatsoever, I marvel at the hypocrisy of those who have jumped on their moral hobby horses and political agendas by advocating stronger controls on gun ownership, mainly because of high profile school and other mass murder attempts which take the lives of less than 200 people per year.

What bothers me is that these same people are willing to do absolutely nothing about drugs and alcohol, which are responsible for tens of thousands of deaths annually, not to mention all of the directly related costs in human misery, astronomical medical expenses and immeasurable loss of productivity.

Recently, I was lamenting the fact that our government could virtually stop illegal drug trafficking any time it had the will and determination to take the necessary steps and I couldn’t understand why it didn’t. The very wealthy friend who was listening to me said, “John, it’s really very simple, if you dig deep enough you will find somewhere down at the bottom – the reason why is because there is too much money involved.”

John Smith is a preacher, teacher, and author. He is also a volunteer counselor at The Way.