We often think about January as a time for new starts and positive change. A New Leaf is a blog series that highlights some of the fundamental changes and new starts the men at His Way make on their road to lasting, Christ-centered recovery. For the first blog post of our “Turning a New Leaf” series, we focus on our GED program.

His Way values education because it tends to be an indicator of higher success rates among men looking for employment after recovery. Often a lack of education and job training stand in the way of residents finding employment.

Over the past few years, we have taken important steps toward offering more resources to help our residents succeed. One of these resources includes a partnership with Calhoun Community College, offering GED courses for our residents.

Every Tuesday and Thursday from 5:30-8:30 pm, Calhoun Community College provides a GED instructor to come to the His Way Huntsville campus. This instructor teaches a course to help some of our residents prepare for their GED tests.

We feel this program is so important, that we have recently made it mandatory for all residents who do not have a high school diploma or GED.

Celebrating Our First Resident to Complete the GED Program 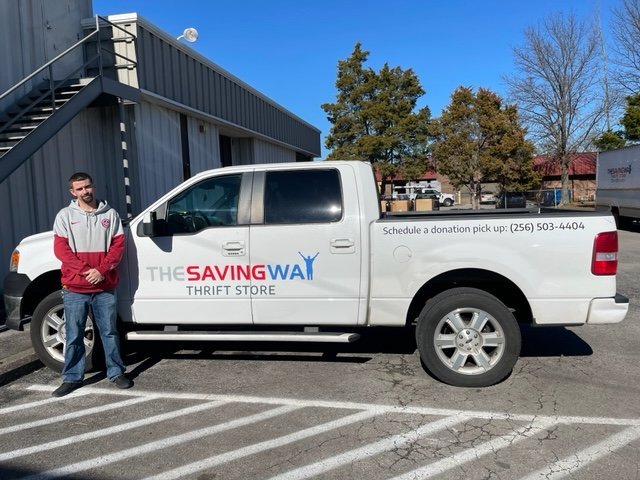 After several months of offering GED classes, we recently celebrated with our first resident, Gary, who completed the program. Gary passed all four of his GED tests to obtain his diploma!

When Gary was only 14 years old, he showed up for about 20 minutes on his first day of 9th grade and then promptly left school and never went back.

Prior to dropping out, he enjoyed school and took advanced classes. When asked to explain why he dropped out, he said that at 14, he had a job. And he decided in his immaturity that working (and having plenty of time for his already active drug abuse) was a higher priority than school.

Soon after quitting school, he left home. Subsequently, his family’s construction company went out of business, so he lost his job. It wasn’t long before he found himself in jail.

In jail, he heard there was a GED program. Since it was his dream to go back to school, he was excited to sign up, only to be disappointed to find out that the program was temporarily closed.

Gary’s Second Chance at a GED

But then he got a second chance when a judge allowed him to be furloughed from jail to His Way. He was excited that he would get to enroll in GED classes after all! He found himself doing his daily chores and other class lessons as quickly as he could so that he could work on his GED lessons.

Gary says, “It’s not an easy class, but Ms. Robin is a GREAT teacher, and my advice to others is to focus and work hard. If I can do it, you can do it!”

The GED is granted upon the successful completion of four tests: Social Studies, Science, Language Arts, and Math. Gary says that the math was the hardest (but not impossible). Finding help outside of class was key for him.

For Gary, receiving his GED was a huge achievement and a big boost to his self-esteem! That, along with getting his driver’s license reinstated several months ago, has allowed him to enroll in Calhoun. He will start this summer after graduating from His Way.

He recently started working in our thrift stores as Facilities Manager and plans to seek a degree in Commercial Maintenance. He believes this degree can help him do his best in his current job and possibly find even better opportunities in the future to support his family.

“Having my GED has opened doors I never thought would be available to me,” he said.  “Sometimes you have to go to war with yourself to make a better life. His Way has given me a lot. I’m very grateful.”

Learn More About Our Programs

To learn more about the ways that His Way helps our residents turn over a new leaf, visit our programs page on our website.