Partners In The Gospel 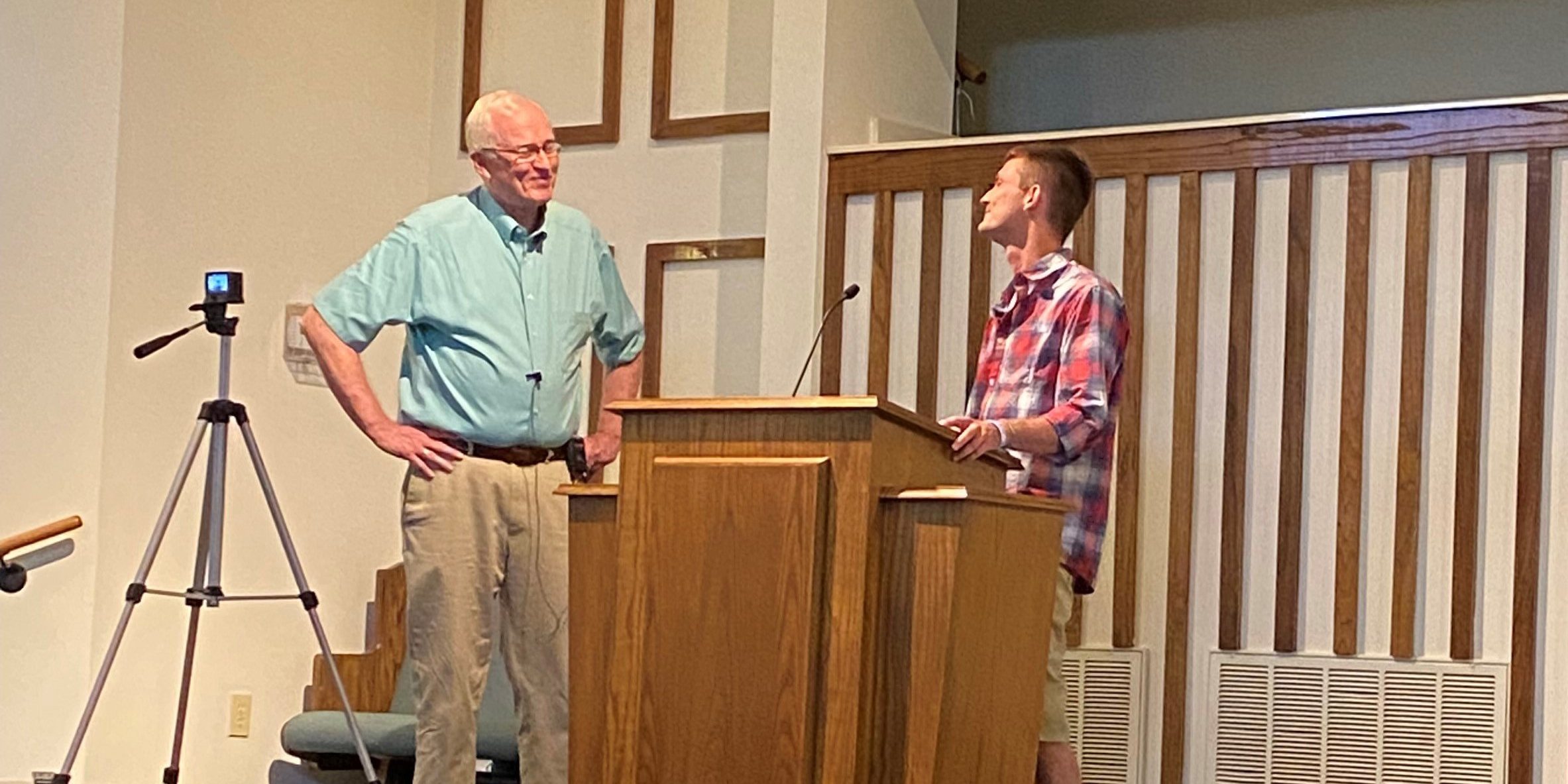 With over 40 residents on our campus at any time, we simply could not meet the tremendous task of teaching, counseling, and mentoring each one without the army of men who invest their time and talents into assisting us.  Often deep, meaningful and long-lasting relationships are formed when volunteers and residents connect and begin to share experiences outside of His Way.

Recently Campus Leader (and His Way graduate) Jacob Jackson and Volunteer Keith Hodges, minister at Hampton Cove Church of Christ, reported on a mission trip they took together in June to Belize.   We are thankful for men like Keith who invest their lives to mentor our guys. We are also proud of Jacob’s decision to travel to Belize to share the gospel.  You can read about their relationship and their trip here.

As a volunteer at His Way I have opportunity to get to know the residents who come to the weekly Bible class I teach there. One I became close to was Jacob as he went through the regular program, then the “Advanced Recovery Group.” That friendship has continued as he has now become a valued staff member at His Way. He always seemed especially interested as I would mention various things about the annual mission trips to Belize I’m privileged to participate in. Finally, I felt compelled to ask him if he would like to go on one of those trips. He said yes and that began a 6-month process of getting a passport, vaccinations, helping him raise his support, and lots of informal orientation.

We took the trip June 19-28. It soon became obvious he was a real asset to our work. His easy way with people quickly endeared him in the congregations where we were ministering. He even had a chance to share with some young people from his own struggles with addiction. He will tell you that he considers the trip to have been a real growth experience for him — spiritually and educationally. He says he wants to go again and invite friends to participate.

I met Mr. Keith Hodges during my second week as a resident at His Way in January 2020. I always chose to attend his class on Tuesday night because I liked him and his teaching style. I always chose the closest seat I could to him so that I could engage in his lessons. I think he appreciated it because he started calling on me to answer questions often, ask for my input on the subject, or ask for my experiences with certain things. I began staying over after class most weeks, and we would catch up on recent events around His Way or his recent endeavors with guys that had left the program. I stayed in his class until I was hired as the Campus Leader here at His Way and could no longer attend because of other obligations. However, we didn’t stop building our relationship. Keith began showing up for class about a half hour early so we could catch up at that time. Sometimes we would go to lunch.

Often during his class, Keith would mention his work that he does in Belize. I’ve always been interested in mission trips and listening to him talk about his. I never thought going on one would have been an option, at least for the foreseeable future. One day though, Keith asked me how I would feel about going to Belize with him this year. I wasn’t entirely sure he was seriously considering taking me at first. As we talked about it though, I realized making the necessary preparations (vaccinations, passport, time off work, etc.) would take time but would surely be possible in the five months I had to prepare. It seemed like God expedited those things because I was ready with about two months to spare.

We left for Belize on June 19th and returned on the 28th. I have always wanted to travel, so when he asked me, I thought that it would at least be a good opportunity to see some of the world. It was, but I could never have anticipated the spiritual blessings that I would encounter while I was there. Of the four church congregations we visited while we were there, I met nearly everyone involved. I was able to form relationships with people that I’m still in contact with. There were a few occasions when I was asked to participate in the services. I was asked once to pray over the communion and another time to pray over the service. These were spontaneous things that were asked, without time to prepare what I would say. I was blessed by their trust in me to pray for their churches. I have been invited to go back with him next year and am already looking forward to it. I look forward to furthering the relationships that began while I was there and the opportunity to continue to serve.