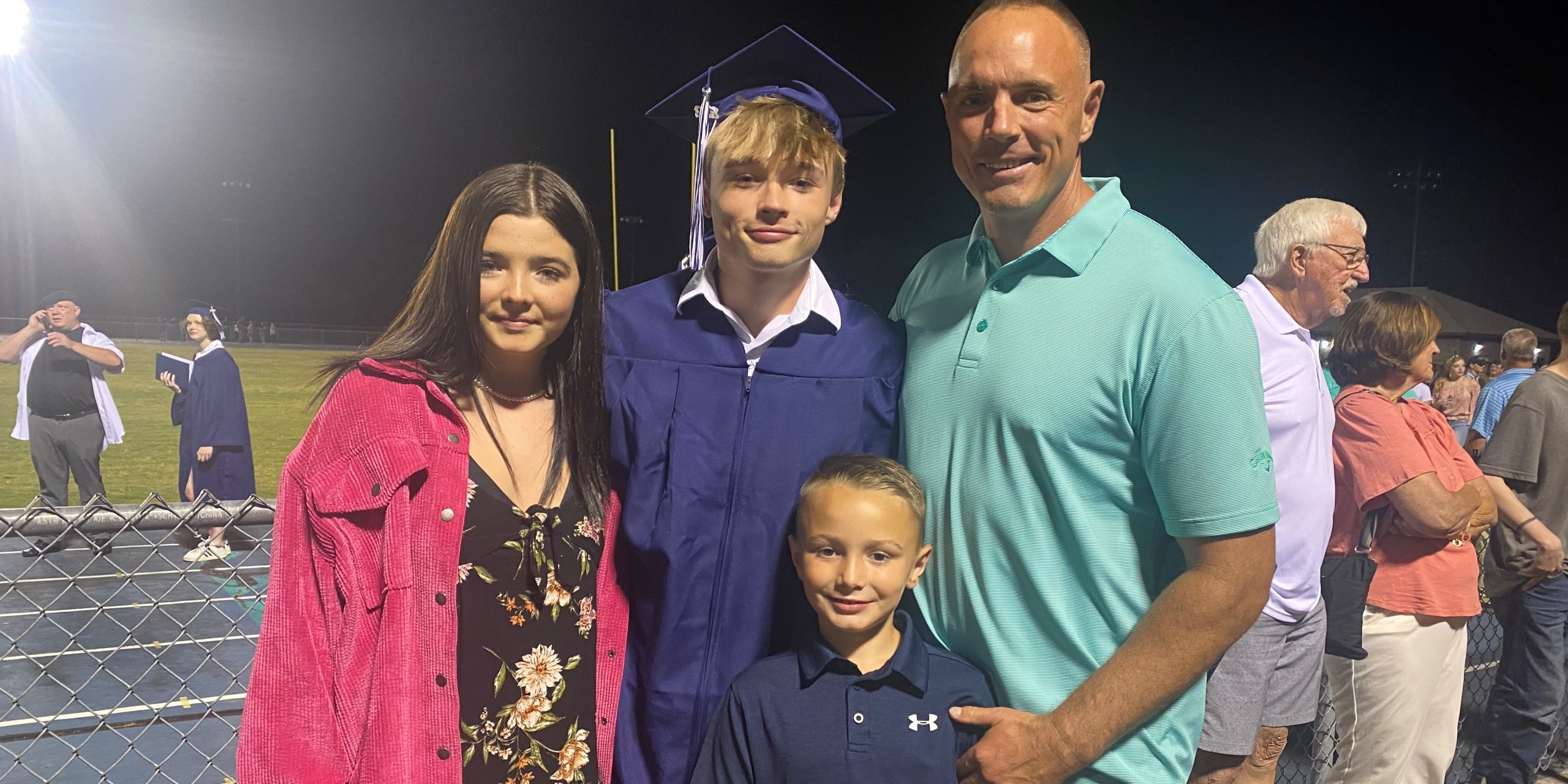 For Father’s Day this year, we’re highlighting the inspiring Dads we know through His Way in both Huntsville and Atlanta. We’ll hear from current residents and their fathers, a His Way graduate, a volunteer, and a member of leadership! Help us celebrate these amazing Fathers who are setting examples for the rest of us in parenthood, redemption, and love.

Today, we have the privilege of sharing Greg Edmonds’ story about losing his children to his addiction and then winning back custody of them through his Christ-centered recovery.

Coming up with the right words to describe how many years my addiction affected my life can still be difficult at times. Upon my arrival at His Way, I had spent at least 20 years either in active addiction or reeling from the consequences of my bad decisions while in active addiction. I was literally brought to my knees. I think the Alcoholics Anonymous Big Book sums it up best by saying those decisions and lack thereof led in time to “pitiful and incomprehensible demoralization”.

There was stealing, overdoses, trips to jail that were too many to count, car wrecks, toxic relationships I should’ve never been in, homelessness, hunger, unfaithfulness, embarrassing sexual addiction, shoplifting, broken family, 2-3 failed marriages (depending on how you count), lack of total self-trust & self-worth—the list could go on ad nauseum.

BUT nothing came close to the feeling of turning my back on my own three children. I abandoned Noah & Zoey in April of 2013 at the ages of 10 & 5. Three years later, I abandoned Chance at the age of 18 months. You see, nothing gets in the way of crystal meth… not even the love of a child.

The Beginning of Greg’s Recovery

Fast forward to June of 2018 and my tearful arrival at His Way. I was newly clean and sober for 3 months, fresh out of jail, and overwhelmed to wake up to the reality of how much “baggage” I’d accumulated through the years of living in this weird parallel universe, fantasy world that is meth addiction.

The Holy Spirit had started speaking to me and I knew that my life was about to change. How could I possibly allow Jesus to hit the reset button on my life and heal me from the inside out? How could he clean up all the wreckage I’d accumulated through the years? Was I worthy of being restored to a fit (and recovered) father?

Yes! But only if I was willing to honestly repent and submit ALL OF LIFE to Jesus Christ. He would provide the healthy relationships I needed, the job, the car, the thoughts, actions, and life that would begin making me attractive to my children again. It wouldn’t be easy but I had to learn faith.

Vital to me was the newfound ability to focus on the solution as opposed to getting mired down in the problem. The solution was Jesus Christ. And His Way not only encouraged me to have a personal relationship with Him, but it also provided me with a shelter and structure so that I could begin to heal from the inside out.

It was a slow process; the baggage was heavy; I’d burned too many bridges to count, had legal issues in several jurisdictions, etc. Also, after arriving at His Way, I learned that my 3-year-old son, Chance, was living homeless with his mother out of her van—this was almost too much to bear.

This is why I turned to Jesus with every ounce of my existence. I alone was powerless to change anything I had done up until this point or anything that was going on as a result of my actions, BUT God could do anything as long as I turned away from the old life and became willing to seek him and be obedient to what I found in my search for Him. He did just that.

I’d begun my prayer each day in earnest by thanking God for the new life he would provide for me in detail. My God was a God that could close and open doors for me that I couldn’t close or open for myself.  I asked him to prepare me to be a good father at whatever cost.

After 4 months at His Way, I was able to hire an attorney and help Chance’s two aunts in Auburn gain temporary custody of him. I’m thankful for this and through the court proceedings, I was given visitation every other weekend. I had also begun selling cars at a local car dealership, Bentley Automotive, a job I still have today.

God was providing. After my initial 6 months at His Way, I graduated from the program and stayed for another 6 months. This was a life-long endeavor and I had to remain humble. It was during the second 6 months at His Way that I started counseling with His Way Executive Director, Tom Reynolds. This decision to counsel with Tom has been vital to my sobriety and my whole walk with Jesus Christ.

Tom encouraged me and backed up his encouragement biblically. He told me that sobriety was about the “Big Picture” and that I couldn’t just be focused on what was easy. That I had other children, Noah and Zoey, that missed their father as well.

Actively Seeking Custody of His Children

Through the encouragement of Tom & AA friends, I began paying child support for Noah, Zoey, and Chance. The pace at which things began to improve drastically increased at about one year in. I graduated His Way after one year and moved to a transition house! I became more structured in my lifestyle, which involved more AA meetings and continued counsel with Tom.

God provided me with a host of new friends that encouraged me even more and I began encouraging others to a greater degree. My relationship with my 3 children, while by no means perfect, began to grow and transform.

God had and has bigger plans. Rooted and grounded in faith and through the encouragement of newfound friends, I began developing a plan to gain custody of my now 5-year-old son, Chance. Two years after arriving at His Way, I had now met and married a wonderful Godly woman, Jocelynn. In August of 2020, we hired an attorney and began lengthy court proceedings and the process to get custody of Chance. On February 26th of 2021, I was awarded full custody of my now 7-year-old son. Only by the grace of a loving and caring God! 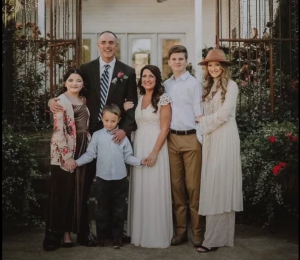 “Plans fail for lack of counsel, but with many advisors, they succeed.” Proverbs 15:22

While I have a wonderful earthly father that set a great example, I now have a wealth of Godly counsel in my life that has walked the road of fatherhood. People like Tom Reynolds, my AA sponsor, Keith Coffell, and many others that God has placed in my life to help maintain my perspective.

I’ve now been clean for over 4 years and through the gift of desperation, I have learned transparency and honesty. Fatherhood and life have many challenges and responsibilities, work, family, etc.

I now find myself in situations with my children where before reacting, I stop and think, “How would Tom Reynolds react in this situation?” I have a heavenly father that has gifted me with a beautiful life. Today, I choose to let my heavenly father and the wonderful people he has placed before me dictate how to be a good father and continue on the beautiful road of sobriety—one day at a time!