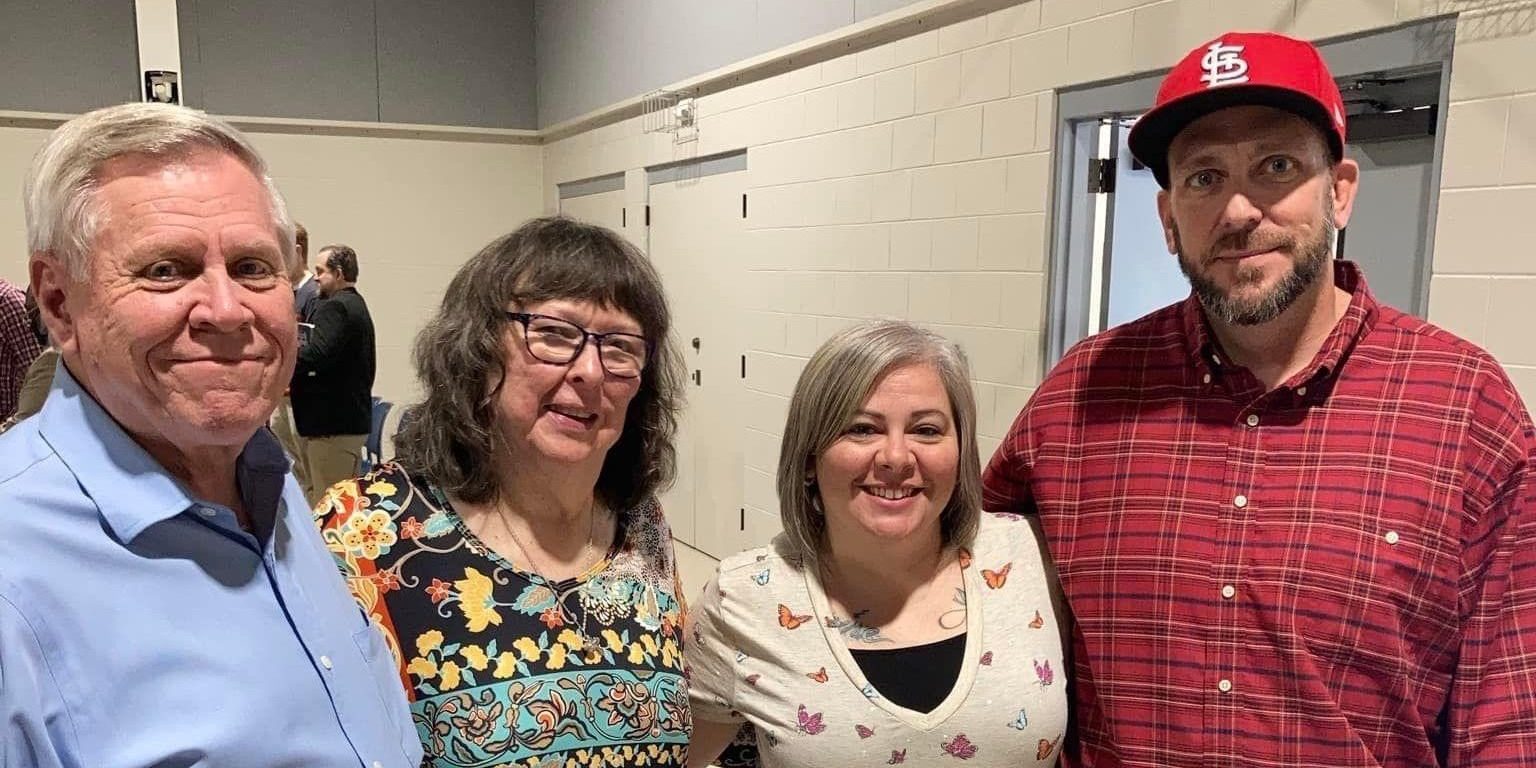 For Father’s Day this year, we’re highlighting the inspiring Dads we know through His Way in both Huntsville and Atlanta. We’ll hear from current residents and their fathers, a His Way graduate, a volunteer, and a member of leadership! Help us celebrate these amazing Fathers who are setting examples for the rest of us in parenthood, redemption, and love.

Today, we have the privilege of sharing Jim and Jeff Norville’s story and how their relationship has been restored through Christ-centered recovery!

My wife and I adopted our son Jeff from Agape in Atlanta, Georgia when he was 4 ½ months old. He was a good baby. As he grew up, we taught him about God, taking him to church and youth activities, which he enjoyed. I taught him the Gospel, and he was baptized. I also taught him how to play sports and coached his T-ball and Little League teams.

But as he neared his teens and the years following, he began to rebel. We got him various counselors and put him in several programs trying to help him, but nothing seemed to work for very long. At age 18, he left our home, because he did not want to finish school or work, and we would not allow him to live with us and do anything useful.

For the next 25 years, Jeff went to prison numerous times, with many failed relationships. We, his grandparents, and his aunt were about the only people who visited him when he was incarcerated. We would try to see if he wanted to change, but he did not. We took his son Jace to visit him when he was incarcerated in Illinois every few months. I helped him get into His Way four times. Each time he would stay a little longer, but always left without completing the program.

During the past fifteen years, I have been working with the guys at His Way. It helped me to better understand addiction and how to work with addicts. I told Jeff if he wanted to do right, I would help him, but if he didn’t want to do right, I couldn’t help him and would not enable him.

During his times at His Way, he developed relationships with Christians at the Central Church of Christ, where I am a minister. He learned about God’s love and how it is reflected in His children. Several reached out to him. A little over a year ago after leaving His Way, he continued to seek guidance from members there, such as Gerry Binford, John Kuhn, and his family. They are volunteers at His Way that he came to know.

God allowed Jeff to meet a Christian lady who wanted a right relationship with him. He has completely changed his life. He, his wife, and three children drive over an hour to come to church every week at Central. They usually have lunch with us each week after services. They are part of a Life Talk at Central. He has even spoken at our church. He has a good job and loves his family and home. He sees how his Heavenly Father never gave up on him, and how his family never gave up on him.

Looking Forward to Our Best Father’s Day Ever

Once he turned back and put God first in his life, he has experienced continuous blessings. Last week he had my wife and I over to his house, where he grilled out for us. He later wrote on Facebook how something that simple was so important to him, because at 44 years old, it was the first time in his life that he was able to have his parents come to his home for a meal.

Jeff’s Social Media Caption: “It really hit me today for the first time in my life I had my parents out to my house and was able to grill out for them, have them sit at my dinner table with me and my wife, have my Dad say the prayer over the meal, and watch the Cardinal game together and talk. This may not seem like a big deal to most, but I have never done this for them in my life. It really means so much to me to be able to do this for them and to come from where I did to my parents even wanting to come in my house! God is good all the time!! #youcanstartover”

I am proud of him and who he has become as a husband, a father, and a son.

I have watched as numerous men at His Way have turned their lives over to God and those are the ones who begin to see how much God loves them and the blessings he wants to pour out in their lives. I believe my son and I will have the best Father’s Day this year we have ever had, and we will thank our Heavenly Father for it.