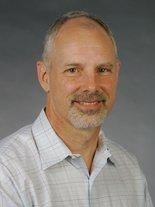 As I reflected over a recent graduation at His Way where 4 men celebrated completing our program, I was struck by each of the young men’s very unique and yet similar stories.

One of the 12-month graduates I had known and been a part of helping periodically for over ten years.  Many just thought he was a lost cause.  So much talent and promise squandered. Another, had come to the six-month graduation desiring to leave but with no real plan and no real character change, so he chose to stay another six-months.  One of our six-month graduates had been in the program over a year prior for three months and left prematurely.  His life quickly spiraled out of control and he almost died, but four months later he made it back to His Way and this time completed the entire six-months.  The last graduate had a very difficult start in life.  He had been abused as a child, introduced to drugs and alcohol early in life by his key role models, had twice battled with cancer, and had recovered from a life threatening knife wound.

The ten year struggler counted for loss has over a year sober, a restored relationship of trust with his family, a future in addiction ministry, but most importantly, the transforming hope of resurrection.  The one who wasn’t ready after six-months has had a radical transformation in maturity as the hope of resurrection has taken hold, and he graduated with confidence as his father praised him.  The one who left after three months has come back and seen it through to completion.  And the one with the rough start and two bouts with cancer is now healthy and drug free.

All these are comeback stories influenced by the greatest comeback story ever.   After three devoted years of life transforming ministry, Jesus was betrayed by a loyal teammate, arrested by his own people, abandoned by his entire class of disciples, denied even being known by his best friend, beaten by calloused thugs, crucified in humiliating fashion, and proclaimed dead on a Roman cross.  But three days later –  Resurrection, Easter, Hope, an Empty Tomb!  A Comeback!!!

And the same power that created Jesus’ comeback is available to everyone of us as Peter states in I Peter 1:3, “According to his great mercy, he has caused us to be born again to a living hope through the resurrection of Jesus Christ from the dead.”  And Paul also states that, “If the Spirit of him who raised Jesus from the dead dwells in you, he who raised Christ Jesus from the dead will also give life to your mortal bodies through his Spirit who dwells in you.”

So just as these four now have hope and promise of a comeback through Christ, so can you.