The Coolest Thing To Come Through The Thrift Store 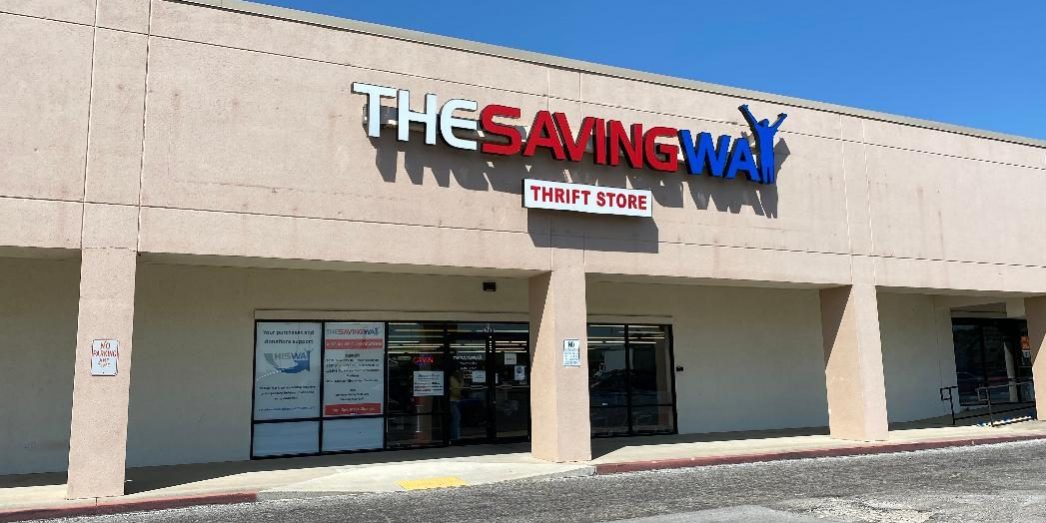 As a manager at The Saving Way thrift stores, I often get to see some really cool things that come through in the donations.  I am often asked, “What is the weirdest thing ever donated?” And that list is quite broad.  However, one of the coolest things about my job is when I get to work with the residents.  These are men from all walks of life, and they come to His Way to deal with their substance abuse issues.  It really is amazing, in some cases, to see the transformation that takes place.  In the beginning of the program, they volunteer at our stores as a means to give back.  Often these volunteer hours are dreaded by the guys.  Some hide out, some take naps, some come and work really hard.  However, as the time through the program passes, I have seen how many of these men change.  The differences are often startling.  There is hope.  There is a new sense of happiness.  There is genuine change.  It really is a cool thing to watch and see.

As cool as it is to see the transformation, it is also very sad when one of these guys relapses.  The change is just as drastic.  All the hope and happiness of the time they spent in the program gets lost.  There is paranoia.  There is desperation.  There is anxiety and anger.  Everything opposite from the time they spent in the program.  The good news is often these men will go back through the program to get refreshed and hopefully learn something else that will help them stay sober.  However, a big question is why would anyone ever go back to that sort of life?  I know that answer is varied.   For some people, life is just too much.  Life is stressful.  Life is hard.  So, there needs to be an escape.  There has to be something that can make life more doable, more livable.  Something that can make life better or at least make it better for a moment.  In this sense, substance, whatever substance it is, becomes their god.

This happened to the Israelite nation in the book of Numbers.  They had just won a battle but while walking, they started complaining that life was too hard.  They became impatient.  They complained that God was not enough for them.  They complained about the food, they complained about everything.  Then the Lord sent poisonous serpents to bite and kill them.  Immediately, people cried out to Moses that they had sinned and asked him to pray to God.  God answered and instructed Moses to make a bronze serpent on a pole so that whoever looked at it would live.  So Moses did as God asked and the statue became a source of life for the Israelite nation.  This symbol of a snake on a pole is now used as a symbol for the American Medical Association.  You might see on the side of an ambulance or hospital. We know this to be only a symbol, it has no real healing power just as it was a symbol of God’s work for the Israelite nation.  Unfortunately, the Israelites lost sight of what was really happening.  Instead of worshipping the God who saved them; they worshipped the statue. People would offer incense and worship it because they thought maybe it would give them life, like it did the people before them Hezekiah eventually had to destroy it.

We can easily fall into the same trap.  We may not be worshipping at an altar of a snake on a stick but what other things do we believe have saved us from trouble?  When our anxiety is up, where do we turn first?  Money?  Relationships?  Politics?  This list can be boundless.  This is part of the issue with some of the guys at His Way.  They experience the goodness and saving work of Christ and it changes their life.  However, they get sidetracked, like we all do, especially when life does not go the way they had planned and think something else, other than Christ, can save them.  Something else, like a snake on a pole or a substance, will give them life.

I wish there were a way to destroy these awful substances that ruin people’s lives and the lives of their families.  Yet, there is not.  However, there is good news, both Biblically and practically.  Practically, His Way’s program is focused on reshaping this way of thinking toward making Christ their God and King- or following “His way”.  Biblically, God still changes lives in drastic ways.  Getting to witness how these men’s lives are changed, through Christ, really is one of the coolest things that comes through the store.