The Face Of Evil 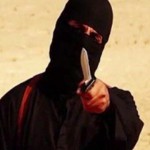 ISIS is the contemporary face of evil.  Their “YouTube” videos fill the airwaves with innocents, of which many  are Christians, being brutally slaughtered publically in an effort to terrorize the world with their power and rage.

But faces of evil have always filled our social conscience whether they be terrorist leaders like Osama Bin Laden, or social criminals such as cannibalistic killer, Jeffery Dahmer, rapist/murderer, Ted Bundy, psychopathic killers like Charles Manson, or nationalistic leaders pursuing genocidal extermination such as Saddam Hussein,  Pol Pot in Cambodia, Joseph Stalin in the USSR, or Adolf Hitler.  They tend to be the faces of human moral depravity that fill our social conscience.

At His Way, faces of evil for many families enter our doors as addicts who have ravaged their families and local communities.  The stories of family terror are too numerous to tell.   But in a relatively short period of Christ influenced sobriety the distorted faces, glazed eyes, and hardened hearts of addiction yield to the tender, softer spirit that lies dormant beneath the surface.  Many mothers tearfully declare, after having not seen their son for their first thirty days in the program, “There is my fifteen year old boy that I lost so many years ago!”

But are the faces of systematic mass murder or drug and alcohol crazed men, the limit to God’s view of evil?

Jesus tells his disciples a story to explain the nature of God’s kingdom.  A king is settling accounts with his servants when one enters his presence owing “ten thousand talents” which is equivalent to 200,000 years of labor!  While the king begins to make arrangements to extract as much as possible from the servant for payment, the servant falls to his knees begging the king for patience, that with time he will pay back all he owes.  The offer is absurd.  There is no possible way the man can even begin to scratch the surface of his debt.

But amazingly, the king in his great mercy, grace, and compassion decides to forgive the debt and release the servant.  While we would expect the next scene to be a family reunion celebrating the amazing grace the man and his family had received, instead we find him strangling a fellow servant and demanding a debt paid that is mere pennies relative to the great debt from which he had just been released.  In like manner, the indebted servant begs for patience so that he could pay back the debt, but instead of extending him the same grace he had just received, he insists upon payment and has him thrown into debtor’s prison.

Jesus reveals that from God’s perspective true wickedness is not necessarily the heinous crimes that fill the front pages of our papers or the alerts that saturate our cable news networks, but the unwillingness to extend to others what God has so graciously extended to us.

While it may be more comfortable to see evil in the face of cruel despots, the real evil may be closer than we would care to look.  It may be found in our own resentments, our own defensiveness, and our own selfishness.  The face of evil may even be seen in our own mirrors.