There is an invading army attacking the future of America.  Over 64,000 young men and women die annually due to opiate overdose.  This annual loss surpasses the loss of all American soldiers that were lost in the entire 19 year Vietnam conflict.

The President has mobilized a national response to this Opioid Epidemic.  And the nation’s resources are focusing on this plague.  Law enforcement has increased its efforts to stop the flood of drugs into this country.  And laws are getting more stringent and penalties more severe for drug trafficking.

Congress is enacting laws to curtail the over-prescribing of opiates to patients.  There are many rural communities where there are more prescriptions than there are people.  The government is also taking steps to challenge Big Pharma on their production and marketing strategies to take advantage of vulnerable Americans for profit.

First responders and others on the front lines are now being equipped with Narcan to keep overdosing young people from dying.

For many, the pursuit of opiates is created by an illicit desire for artificial stimulation that began with the use of alcohol and marijuana, and has now escalated to the illegal buying and use of Oxycotin, hydrocodone, and heroin.

But for millions it began with an innocent dental or medical procedure where the physician over-prescribed pain killers for recovery.  For many innocent victims, the pain killer triggered a euphoric effect that while they were not pursuing, they found quickly could not be shut off.  And that chase for the quest of the next euphoric feeling begins and quickly consumes every aspect of the addict’s life.  And what began as a routine procedure may end with a tragic overdose on the darkest streets of our cities.

Recently in a conversation with our own Madison County Coroner, he stated that his funeral home alone has an opioid related service every 4 days!  And that is just one funeral home in Huntsville, AL!

For most citizens, and especially Christians, we are left with anxiety ridden reports of trends that we desperately hope someone else can solve.  Our prayers and support go out to government efforts, policy changes, increased funding, first responder efforts, law enforcement activity, increased medical responsibility and accountability, and congress’ ability to prosecute the immoral and potentially illegal practices by pharmaceutical companies.

While government and policy makers have the power of the law to enforce specific social solutions, the church has the spiritual solution!  While secular solutions focus on the supply and distribution side of the equation, the church can serve by helping to curb the demand side of the equation.  People are craving substances because they are pursuing a failing effort to the fill the “God Shaped” empty place that is within every person.  A pursuit that will not be satisfied until it is ultimately filled with Christ.  The One shaped and designed to fill that hole.

The reality is that the ultimate solution is not secular, but spiritual.  The world can only deal with observed human behavior and an understanding that the solution must be attacked through the model of addiction being a brain disease.  But we in Christ can bring the spiritual solution, The Soul Solution!  A solution that rests in a human completeness only found in Jesus Christ and the power of His indwelling spirit.

Our vision for the defeat of the opioid invader is not tougher laws or smarter policies, but a loss of appetite for attempting to change how one feels due a spiritual emptiness.  A fullness in Christ.

“until we all attain . . . to mature manhood, to the measure of the stature of the fullness of Christ.”

Our genuine satisfaction in Christ will solve this Opioid Crisis!  So let the church realize it’s responsibility and release it’s resources as the Soul Solution! 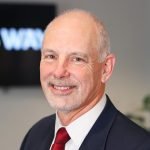