What Is An Adult? 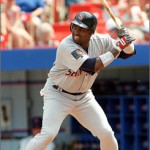 On Monday, June 16, 2014, it was announced the great hall of fame baseball player, Tony Gwynn, had passed away of salivary gland cancer at the age of 54.  Tony played his entire career of 20 seasons for the San Diego Padres.  He won 8 batting titles and ended his career with a life time batting average of .338 with 3,141 career hits.

In the sports world, Monday was a day of remembering a great man and his baseball career.  By Tuesday, the focus shifted to the cause of his death, cancer due to the lifelong use of smokeless chewing tobacco.  On Wednesday, it was a debate about whether baseball should ban the use of smokeless tobacco by players during games as they had smoking a few years previously.  The primary argument had to do with the example they were setting for the children.  Most kids will start imitating baseball players by putting a wad of bubble gum in their cheek and spitting periodically.  This imitation many times turns into chewing tobacco when they get older.

As the debate heated up, one man e-mailed a comment to a national radio host stating something to the effect of “come on, we are all adults!”  In protest to major league baseball creating another rule regarding player behavior.  That comment sent my mind racing – what is an adult?

Now I am an adult and I do go to bed when I want to…about 9PM (and usually I wish it could have been earlier).  And I try to eat what my doctor tells me to so I can avoid negative health risks; so much for being an “adult”.

When I reflected on this comment, “come on, we are all adults”, I realized that is a child’s view of adulthood.  As an adult, a mature perspective usually is a deep concern for others.  Mature adults choose actions that benefit others, not themselves.  Parents wake up with concern for their children all day long.  Most of their time and effort is spent trying to benefit their children.  Mature business owners feel the constant pressure of creating a living for their employees and their families.

Being an adult is not about getting what I want when I want it, but having the freedom and power to bless the lives of others and doing what benefits them.  Scripture says in I Corinthians 14:20, “Brothers, do not be children in your thinking.  Be infants in evil, but in your thinking be mature.”  The Hebrew writer expands on the idea of explaining maturity, “But solid food is for the mature, for those who have their powers of discernment trained by constant practice to distinguish good from evil.” (5:14)

Maturity is about training one’s mind through constant practice to discern what is right and best.  Maturity is about waking up every morning and thanking God for the new day and then beginning to think about who can I serve and bless today.  Serving others is the ultimate training ground and expression of adulthood.

Paul encourages us to, “grow up in every way into Him who is the head, into Christ” (Ephesians 4:15) that mature manhood is “the measure of the fullness of Christ”. (Ephesians 4:13)

So baseball, maybe we are all adults and should start acting like it by being concerned first and foremost about the influence we have on others, particularly the kids.  Let’s grow up and think of others before ourselves today!